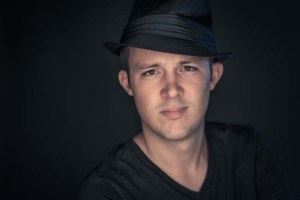 An interview with Camilo Dominguez.

Describe your show in one sentence.

A unique experience determine to make you believe the impossible!

Okay, now that we’re intrigued… what’s the longer description of your show?

The Art of Magic is a show that blends close up magic and stage magic. In this show, I want to share some of my favourite effects of magic that I grew up watching on TV when I was a kid back in Colombia. In a way, I want to pay tribute to the magicians that inspired me to become one.

What drew you to performing magic?

That’s the big question. There are a couple of different theories in my family. But I believe that I watched a magician on TV and then I told my mother I wanted to become a magician. This was when I was 4 years old.

The Art of Magic is more than a magic show, it’s a theatre show incorporating magic and famous magicians. Why did you want to take on integrating magic with a theatre performance as your next adventure?

In a way , Magic is already a theatre show. The great Robert Houdin said “the magician is an actor playing the part of a magician” – the reason for me to incorporate the old effects is because I want to pay tribute and because is a kind of magic that I don’t usually do. My regular magic is close up magic, so I wanted to do something that it out of my comfort zone.

The 36th Edmonton International Fringe Theatre Festival is August 17 – 27. Get your tickets at tickets.fringetheatre.ca .