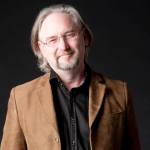 Marian Brant, Workshop West’s General Manager and recipient of the 2016 Margaret Mooney Award for Outstanding Achievement in Administration, adds, “Another consideration was who was in our audience? Why is it mostly white, middle-class people? How can we get different voices on our stages, which is what This is YEG did last year. [Diverse audiences] were seeing themselves up on stage and I think that’s really powerful.”

And so, for their 2016 – 2017 season, Workshop West is centering their work around Edmonton’s Queer, Deaf, and Black communities through their season which includes a mainstage production, the annual Canoe Festival, and the new Black Arts Matter (BAM!) and SOUND OFF festivals that will be presented as part of Chinook in February.

In addition to the shows Workshop West is presenting in Edmonton this season, they’re also taking last year’s season opener, Café Daughter by Kenneth T. Williams on the road to an as-yet undisclosed city in Eastern Canada.

Workshop West’s season opens with Darrin Hagen’s Witch Hunt at the Strand (November 23 – December 4), which premièred at the 2015 Edmonton Fringe Theatre Festival and was nominated for an Elizabeth Sterling Haynes award for Outstanding New Production. Witch Hunt at the Strand tells the story of 10 gay men in Edmonton’s theatre community who were prosecuted for gross indecency in 1942.

Although Darrin has substantially rewritten the play since it’s Fringe première, Witch Hunt at the Strand remains based on real evidence records and trial transcripts, which Vern says “really fit into Workshop West’s pseudo-mandate, which is to talk about real plays and real people and to focus in on real events… I think this is a really complex story and it feels even more epic than anything he’s written before. And almost more political in a big way, not in a personal way but in a really big way.”

Vern explains another reason Workshop West wanted to present Witch Hunt at the Strand was the poignancy of the show today. “It really struck Marian and I after the shootings in Orlando and the battles with the GSAs here and the continuing battles with the Catholic School System and there’s never a time where we can go, ‘Okay, we’ve got that now.’ Even more importantly, in the last month or so there are all of the men who have come forward in London and now in Canada who are looking for pardons or apologies for being persecuted for being gay, we feel it’s in the zeitgeist and it’s an interesting mix of Edmonton legal history, Edmonton theatre history, Edmonton’s gay history and Edmonton’s opera history.”

This year, Chinook – the annual partnership between Workshop West, Fringe Theatre Adventures, and Azimuth Theatre – will take over February – running February 9 – 19. As part of Chinook, Workshop West will be presenting three festivals (stay tuned for the full line-up to be released in early December!):

Nasra adds,  “[BAM!] will be an important piece of proof to Alberta’s directors and theatre makers that Edmonton does, in fact, have Black artists – and we are making quality work. I think the festival will be an affirming experience for many young artists in the city, something that benefits all of us as a community.”

SOUND OFF features both American Sign Language and voice-over interpretation so that it will be accessible to both Deaf and hearing audiences. Curator Chris Dodd says SOUND OFF will, “bring both Deaf and hearing audiences together under one roof to appreciate the talents of this festival’s performers and see the beauty of American Sign Language performed on stage. I want to give hearing audiences an opportunity to experience this unique style of theatre and for Deaf audiences an opportunity to see Deaf performers on stage and experience shows in their native language.”

As Workshop West’s mandate includes developing new plays, the company will be working with seven Edmonton playwrights on new works. The development titles of these pieces are:

Workshop West’s season 38 kicks off next week, with Witch Hunt at the Strand at the Backstage Theatre. For more information about Workshop West – or their excellent educational series surrounding their season – check out WorkshopWest.org.