The thermometer has bounced up and down a lot this winter, but we’re guaranteed to have 12 days of chinook this winter – the Chinook Series, that is! The Chinook Series is a new collaboration between Workshop West’s Playwrights’ Theatre,  Azimuth Theatre, and Fringe Theatre Adventures running January 27 – February 7, encompassing Workshop West’s Canoe Festival and Azimuth’s Expanse Festival.

Vern Thiessen, Artistic Director of Workshop West and Director of Canoe Festival, explains the Chinook Series collaboration as, “an umbrella for all these festivals and events that are happening… This year, as Murray Utas likes to say, the festivals are dating. We’re seeing if we want to get more serious as time goes on.”

On the topic of where the idea for the collaboration came from, Vern says, “We looked south to the High Performance Rodeo in Calgary, west to PuSh Festival in Vancouver, north to Pivot, the festival that happens in Whitehorse, and Luminato Festival in Toronto. Edmonton doesn’t have a curated winter festival like those cities do, so one of the first things after Canoe last year was that Murray called me and we talked about how it was silly that we had all of these audiences coming through week after week for these different things. Why don’t we put them together and see what happens? We’re paying for them separately and curating them separately, but we’re putting them under one roof so people can have a bigger festival experience.”

Vern says collaborating on the Chinook Series also allows him to focus on Workshop West’s mandate: playwrights and text-based theatre. “Suddenly I didn’t have to worry about programming a dance show, or something more movement based. It allowed me to focus in on particular kinds of things I was interested in programming this year… Last year I was all about the experience – I was interested in allowing people to have different experiences and creating some really boundary-breaking stuff. This year I decided to focus much more on the dark, the dangerous, and the daring. With very few exceptions, the work is solo based, or at least, performer-based… Last year I was interested in creating something with much more levity, something that would bring people out of the cold. This year, I’m embracing the darkness of winter. Let’s just go there! We’re in a dark place! Not all the shows are like that, but even the funny ones are darkly funny.”

“Another big thing for me this year was to program almost exclusively women in primary roles…  I’m really happy that all of our shows are very driven by women. That’s something that was important to me… We don’t hear their voices enough. I’m on the other side of that privilege and I think we need to hear more women’s voices and last year we had a lot of men’s voices at Canoe.”

This year’s Canoe Festival consists of Crash by Pamela Mala Sinha, Miss Katelyn’s Grade Threes Prepare for the Inevitable by Elena Belyea, Love in the Margins by CRIPSiE, and Mouthpiece by Amy Nostbakken and Norah Sadava. Additionally, as a bonus that’s not part of Canoe, but is happening at the same time, Workshop West and Catch the Keys are producing the world première of Ursa Major by Megan Dart. 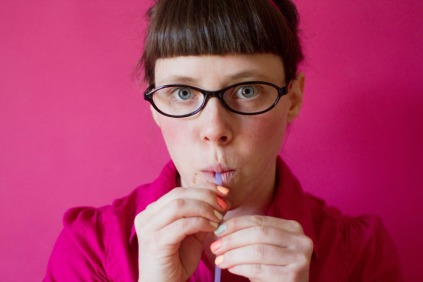 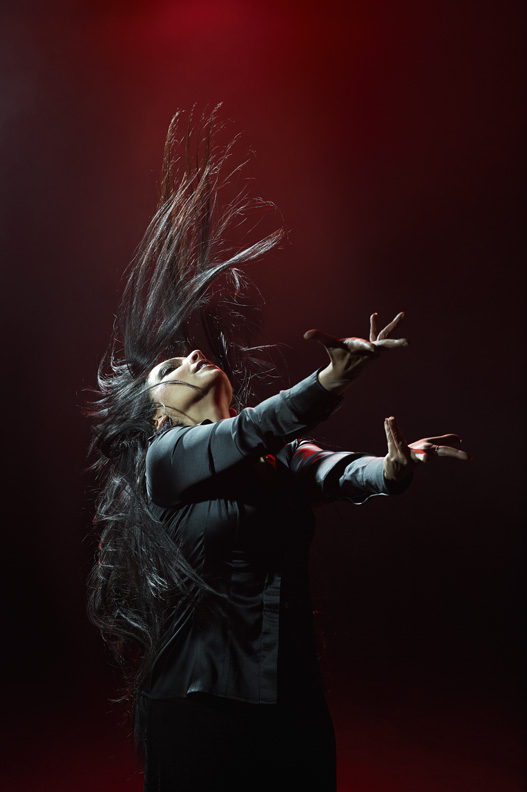 Crash by Pamela Mala Sinha is a four-time Dora Mavor Moore Award-winning play, which will be performed for the first time in Alberta at Canoe. The play is about a woman facing the memories of a past trauma after the loss of her father. Vern says, “Pamela’s show is one that gives us a chance to talk about violence against women in particular.”

You may have seen Elena Belyea’s Miss Katelyn’s Grade Threes Prepare for the Inevitable at last year’s Edmonton Fringe Festival, or Montréal’s Fringe Festival or the recent Centaur Theatre’s Wildside Festival, but if not you’re in luck – there will be three performances during the Chinook Series. Miss Katelyn is about a teacher conducting a school shooting drill with her students. Vern says, “I saw that show at the Fringe and I loved it and thought it deserves another showing here… It’s so darkly hilarious!” But, as you can imagine, Vern emphasizes that Miss Katelyn also provides the festival with an opportunity to connect to the Edmonton Public School system. “It’s about dealing with violence in schools and all of the things teachers have to do to protect children against active shooters.”

You’ll also get another chance to see CRIPSiE‘s Love in the Margins, in case you missed its performance during last year’s NextFest. Love in the Margins is CRIPSiE and mindhive collective’s celebration of the many forms of love and investigation of wedding rituals that asks questions about who has access to romantic love. CRIPSiE (Collaborative Radically Integrated Performers Society in Edmonton) is a collective of artists that include people who experience disability and their allies – another community Workshop West wanted to reach out to through Canoe. Vern says, “Part of Canoe is being able to support local artists. In this case, it was a chance to bring a voice that doesn’t get heard very often – the disability community. Someone from the disability community said to me there are only two types of people: the disabled and the not-yet-disabled. Because we’ll all be disabled at some point in our lives. I love the show, it’s very funny. It’s certainly challenging – it challenges a lot of assumptions about disability.”

Mouthpiece by Amy Nostbakken and Norah Savada is another Dora Award-winning play joining Canoe from Toronto. Like Crash, Vern says Canoe will be Mouthpiece‘s Alberta’s première. “I’m really excited about being able to bring things that have been highly successful elsewhere that are going on tour that have not been seen in the West… The group is interested in talking about young women’s voices.”

To cap it all off, the world première of Ursa Major will be presented at the same time as the Chinook Series, produced by Workshop West and Catch the Keys Productions. Vern has been working with playwright Megan Dart as the show’s dramaturg for several months. “I’ve loved the show since the very first time I read it and then saw the workshop at Catalyst. It has everything I love in a show – it has poetry, a little pain, it’s poignant, and it’s powerful. It fit in with the mandate of the Workshop West season – Real People, Real Plays – being based on [Beth and Megan Dart’s] grandparent’s story. It’s a powerful, moving piece of theatre.”

Workshop West will also be presenting two exciting masterclasses during the Chinook Series. The first will be a masterclass on playwrighting with Daniel MacIvor on February 1 – registration is only $15! The second will be “Inside the Jury Room”, which Vern describes as, “It’ll be like a gladiator thing, like watching a bunch of lion jurors eat a bunch of Christian applications. And see who comes out on top, I think it’ll be fun.” Attendees can register for the class with or without submitting an application. Those who are interested in submitting an application for consideration can do so through Workshop West’s website.

Subscribe to After the House Lights for previews and reviews of all Canoe shows.

Tickets for each show can be bought through Fringe Theatre Adventures’ box office. Tickets for individual shows are $20 for students and seniors and $25 for adult tickets. Evening passes for all shows in a particular evening are $50 and for $75 you get a Five Pack Festival Pass.