Adam Bailey is on Fire 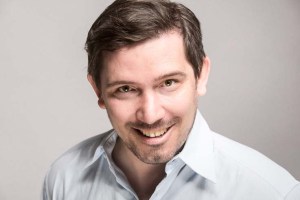 Adam Bailey is On Fire. Photo used with permission from Adam Bailey.

An interview with Adam Bailey.

It’s a surprisingly funny coming of age story that focuses on the effects of a strict religious upbringing in a person who is gay, based on my own experience as a minister’s son in an evangelical church. I felt in the modern climate of gay rights vs religious rights it was important to tell a story that reminds people that these sectors often overlap, within families and individuals, and explore the results this can lead to.

Your show ‘promises not to pull any punches or be sentimental’ – why was that important to you in creating Adam Bailey is on Fire?

Coming to terms with religion and trying to find a place in gay culture is a huge issue for many LGBT people, and I don’t think the PG version of being gay that we see weekly on Modern Family is helpful to everybody (although that show is hilarious). I researched a lot of other people’s experience while working on dramatizing my own in order to decide the best way of approaching the subject. In the end I’m a firm believer that “Daylight makes the best disinfectant”. So the show deals with some of the grittier elements of gay-culture as well as the church, we see the distance this struggle creates within families, we get to peek inside bathhouses and sex-parties as well as bible-studies and mission work. There’s a connection between a repressive upbringing and some of the high risk behavior seen in the gay-community, if you look at the statistics gays with religious upbringings are much more likely to get involved with drugs and higher risk sex than those with supportive backgrounds. Its time we took a look at that.

Adam Bailey is on Fire was developed with the assistance of Factory Theatre. How did the company contribute to the development process?

I want my work to delight and provoke thought, and I always want humour to be present. But even with the best intentions autobiographical one-person shows based on potentially heavy subject matter can be risky; audience members do not want to pay to watch your therapy session. Regardless of money, audience give you their time and your responsibility is to them. Having high-level professionals help with the show was important to me to ensure the best quality product considering the nature of what I wanted to create and Factory Theatre did not disappoint. I got to work directly with Artistic Director Nina Lee-Aquino, who had several different actors perform my one-person show for me, a rare treat in the world of one-person shows. This allowed me to separate the play form my life and see it from an audience perspective. I am extremely thankful for the opportunity, it took my writing to the next level and I am confident that audiences are getting a great experience because of this.

You’ve been a performer in Toronto’s cabaret scene and host of stand up and burlesque shows as well as playing characters in various shows, but this is an autobiographical piece. How is preparation for an autobiographical show different than for cabaret?

Cabaret work teaches you how to keep things moving, the audience needs to be constantly entertained. The lessons in pacing I learned in cabarets are very evident in this show, which the CBC called “lively” while the story “flies by like a church service on speed”. This show is a real work-out by comparison to some of the cabarets I’ve done simple because its just me up there, but the confidence and whimsy that I have learned in years of doing cabaret are certainly both in the show. There’s a really fun game-show sequence in the piece that is clearly influence by my work in sketch, and I think that people will be nicely surprised by how active this one-man show is.

Nigel Shawn Williams who’s a national treasure works at the Factory and was able to see me do a reading of the show and he loved it, which had me on Cloud 9. My director Matt White is the General Manager at Necessary Angel, and so has worked closely with Canada’s top solo artist Daniel MacIvor. Unfortunately, I can’t speak to an Edmonton connection as it will be my first time in your city but everything I’ve seen that’s toured out of Edmonton has been great and I know that you have a vibrant theatre community that I’m eager to connect with during my stay. Happy Fringeing everybody!