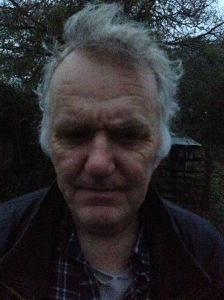 Most artists have a great story about the moment when they were moved enough by a piece of art to know that it was something they want to do. And when you ask that question of Alan Williams, who Vern Thiessen has described as one of the best monologists in the world, you know you’re going to get a good story: “The first monologue I saw, I was at drama school for a year in the 70s… It was a story of a farmer from Cheshire who the King comes by, picks him up, hauls him into the army takes him off to France, makes him fight the French, gives him a couple of shillings and sends him home and that’s it. It’s not a story I had any interest in, but when he told it I was drawn into it so much… To me with monologues, that there’s a kind of intimacy with monologues… When you go see a monologue, it’s like being part of a conversation because the performer is speaking to you.”

The show that Alan is bringing to Canoe Theatre Festival, January 28 – February 1 is The Girl with Two Voices, a story about Alan’s experience of moving back to England after living in Canada for 14 years. “The Girl with Two Voices is about the winter I moved back. One of the things it is about is that I was 42 years old, I’d been an actor before I’d been away but nobody really remembered me, so it was about having to start again when I was in my 40s. It is also about if you immigrate and leave your home country and come back to it 15 years later, it’s kind of the same country and it’s kind of not. It’s all about trying to get a sense of belonging… When you’re starting again, there’s times of unemployment where I was anxious about whether I’d get any money at all. [The show explores] how one’s sense of oneself comes from how much employment you’ve got and how much money is coming in… The Girl with Two Voices begins at the point which all the stuff you’ve been worrying about for years finally happens: I’m broke, I don’t have anywhere to live and I don’t know whether I’m going to have to change my whole professional direction.”

The Girl with Two Voices was originally written as a novel about what it’s like to be “one of those actors who has good years and bad years and all the little humiliations and successes of being in the muddled middle of the profession”, however, that didn’t exactly work out as planned. Alan says as he was writing the final words of the novel he realized, “I hadn’t written a nice light little popular comedy book in the way I’d set out to, there’s something a bit more – for me – fascinating and puzzling about it. Not only that, later that evening I ran into someone who said, ‘Oh have you seen who’s published a book about being a middle of the pack actor?’ And it was in a sense exactly the book I’d intended to write: lighthearted and funny. Not that my piece isn’t funny, it’s just a bit longer than I intended, I think. So I found out the book had [already] been written. It’s called What’s My Motivation? by Michael Simkins.”

So, what’s a renown monologue artist to do but perform the story? Alan says performing The Girl with Two Voices has been a different experience for him as he typically doesn’t perform his own stories. “What did happened that winter when I was so fraught and worried about things was that I did learn some really valuable lessons. What they are, I find hard to express. In a way I thought that if I sat down and wrote the thing, that would help me remember what they were. One of the things that I learnt that seemed apparent was that the profession that I was in really didn’t need me. That it was thoroughly prepared to go on without me. There was a weird freedom to that… The odd thing is that in later years when I had work I would go through periods that were really busy and that lightheartedness would disappear from me again. I’d feel like I need to set standards, I need to do that, I need to be seen in this and on and on and then I’d have a rough time again and I’d have to go back… So, going back and revisiting that time when there didn’t seem to be any realistic expectations at all has always made me feel more lighthearted. So, doing the play for me has been a way of going back to what was so precious to me about that time, and stay in work at the same time! To hang on to the same serenity you get from being out of work and at the same time have the serenity you get when you have work. That’s me trying to have my cake and eat it, I guess!”

In the High Performance Rodeo’s description of The Girl with Two Voices, they say, “The show captures the Zeitgeist of modern society through the lens of the common life experiences: job insecurity and starting all over again.” I asked Alan the somewhat unanswerable question of why he thinks the show has been described as capturing the zeitgeist of modern society: “There’s something about the uncertainty of an actor’s career that is becoming more relevant to more professions these days. I grew up at a time when everyone was always saying, ‘Get yourself a proper job… one of those jobs that is a job for life.’ My dad, when he was young, always wanted to be some kind of writer or something, but he came from a poor family in North Wales so he got offered an apprenticeship as a printer and he took that because he knew that if you were a printer, there was always going to be work. Now the very job he used to do that was a ‘guaranteed job for life’ and ‘they’ll always need printers’, doesn’t exist now… In a way I’m hoping this piece, with it being about uncertainty and trying to start again and trying to find the resources within yourself to keep going when you don’t have a professional reality, I think that is the situation more and more people are facing. And more and more people are traveling to try to locate themselves where there is some work. So I’m hoping that the play makes some contribution to devising a language of talking about life where professions aren’t as secure as they used to be…. I’m hoping that writing and performing this play and for the audience watching the play is all trying to invent a way of looking at the world that will allow us to enjoy what looks to be more of a roller coaster as we go along.”

More information about Canoe Theatre Festival can be found from Workshop West or by checking out other Canoe-related posts on After the House Lights.