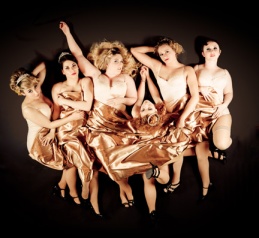 Now in it’s sixth year, Canoe Theatre Festival promises some “mind-blowing” theatre for Edmonton audiences used to more traditional theatre performances. Workshop West’s Artistic Director and Canoe Theatre Festival founder and curator, Michael Clark says,”Canoe Theatre Festival is Workshop West Theatre’s initiative to support and promote contemporary and more experimental theatre in Edmonton… through the late ’90s and beyond new and innovative ways to make plays have been developed, but not so much in Edmonton. Artists who wanted to create work through improvisation or devised theatre or movement or image-based theatre … were struggling to find an audience so they were having to mount their work as independent productions and often they weren’t seen. I created the Canoe Festival to bring audiences who are interested in contemporary theatre together with artists who want to create it in sort of a critical mass.”

As for criteria for a play to be in Canoe Theatre Festival, Michael says, “I try to pick plays that I think are going to be really cool. Plays that will have people leaving the theatre going, ‘wow, I’ve never seen anything like that, that was really neat.’  It’s talking about the idea of theatre as much as the story being told in the theatre…There’s a post-modernist aspect emerging in contemporary theatre that’s as much to do with the audience’s experience as with the story they are entertained with.”

Michael also requires that all plays in Canoe contain new variations on previous performances with additional exploration of the theatrical form and the play’s themes. While Workshop West doesn’t dramaturge the plays, they work with local theatre companies to help keep them pushing the boundaries of their art. Michael told me, “my questions to local artists always are, ‘how are you going to scare yourself? what risks are you going to take? what boundaries will you be pushing?’ ” So, while audiences may have seen Send in the Girls Burlesque’s Tudor Queens, a Burlesque in previous Fringe performances, the performances at Canoe Theatre Festival will be different than anything mounted before in Edmonton. 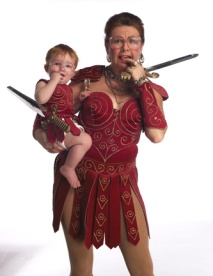 As Canoe Theatre Festival continues to grow, it has formed strong connections to two other Western Canadian contemporary theatre festivals – the PuSh International Performance Festival in Vancouver and the High Performance Rodeo in Calgary.  Those linkages may have also had something to do with attracting one of this year’s biggest shows, Mary Walsh’s Dancing with Rage – only the second time this show has been formally presented! Not familiar with Mary Walsh? She’s the fiery and hilarious red-head from This Hour has 22 Minutes.

Canoe Theatre Festival also features White Rabbit Red Rabbit, which eliminates both the director and rehearsals from the process of mounting a play. Michael gives me a bit of a preview: “the performer is handed the piece on stage and hasn’t read it and he and the audience discover it simultaneously. What’s really cool about it is that at some points it is actually [Nassim Soleimanpour, the playwright] talking directly to the audience through the actor saying, ‘these are my words, I am speaking to you,’ and it’s kind of wild looking at a performer on stage realizing he is the proxy or stand-in for a man who is a conscientious objector in Iran.”

This year’s Canoe Theatre Festival line up is:

I’ll be reviewing A Western for Sound and Noise, but if you’re interested in reviews of the other shows, Canoe Theatre Festival has a blogger army made of: Kathleen Smith, Brittney LeBlanc, Jerry Aulenbach, Janelle Aker, Mike Hudema, and Jon Mick. Check out their blogs on Workshop West’s website.